Home > What Does It Treat? > Factor VII Deficiency

Home > What Does It Treat? > Factor VII Deficiency

NovoSeven® RT has the proven effectiveness you expect from your treatment.

Controls bleeds, wherever they happen.

NovoSeven® RT is proven effective to treat factor VII deficiency (FVIId) at home and is 93% effective at stopping nonsurgical and surgical bleeds in people with FVIId.a

aFrom an analysis of published cases and people who took part in trials and registries.

NovoSeven® RT is a recombinant product, meaning it is made without human blood or plasma, which minimizes the possibility of viral contamination. Plus a low rate of blood clots has been reported in clinical trials.

cAdminister as a slow bolus injection over 2 to 5 minutes, depending on the dose administered. 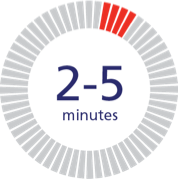 NovoSeven® RT fits in with what she likes to do.

Portability that fits an active lifestyle.

NovoSeven® RT is room temperature stable up to 77°F so you can be on the go.d And, with compact packaging, you can take it along where you need to go.

dNovoSeven® RT should be stored between 36°F and 77°F.

NovoSeven® RT with MixPro® makes mixing a dose as easy as attach, twist, and mix. The prefilled syringe saves time—there are no extra steps to fill a syringe with diluent.

After mixing, NovoSeven® RT may be stored at room temperature in the vial for up to 3 hours.f

What if I need surgery or a procedure?

We understand that you have concerns about controlling bleeds if you ever need surgery or a procedure. The good news is that NovoSeven® RT prevents bleeds during and after surgery and procedures in people with FVIId.

Talk to your doctor for more information on the surgical use of NovoSeven® RT.

What are the symptoms of FVIId?

The most common signs of FVIId, other than excessive bleeding after injury or invasive procedures, include:

FVIId can be detected at birth. However, some people with FVIId grow into adulthood without knowing they have it. The blood test that confirms congenital factor VII deficiency is called a clotting assay. It measures the amount of time it takes to create a clot.

Hear from people who

easy to get started.

What is the most important information I should know about NovoSeven® RT?

NovoSeven® RT may cause serious side effects, including:

What is the most important information I should know about NovoSeven® RT?

NovoSeven® RT may cause serious side effects, including:

What should I tell my healthcare provider before using NovoSeven® RT?

What are the possible side effects of NovoSeven® RT?